My new mac setup for web development in 2021 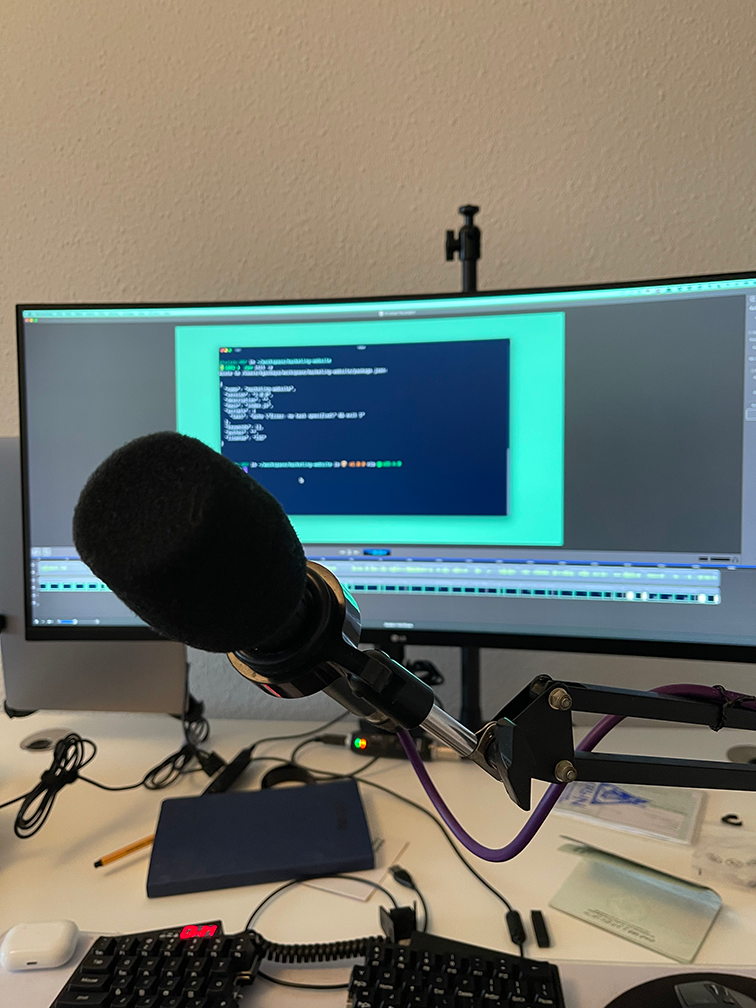 I recently got a new mac and decided to set it up from scratch. In this blog post, you get a detailed list of all the tools I installed to help me with my day to day web development tasks.

Don't you have a dotfile?

I do have two dotfiles repo, but they kind of fall behind and are outdated. Also, I was not 100% satisfied with my setup, so I decide to start with a clean slate.

Setting up the foundation

Second, to make your life easier, get a package manager for your mac; I am talking about brew. It will allow you to install 90% of your tools through the terminal.

Now iTerm2, a terminal emulator, this a personal choice, and feel free to install anything else you want or use the default mac terminal, which I did btw for over two years.

Continuing with iterm2, I love the night owl theme for both my terminal and my code editor. 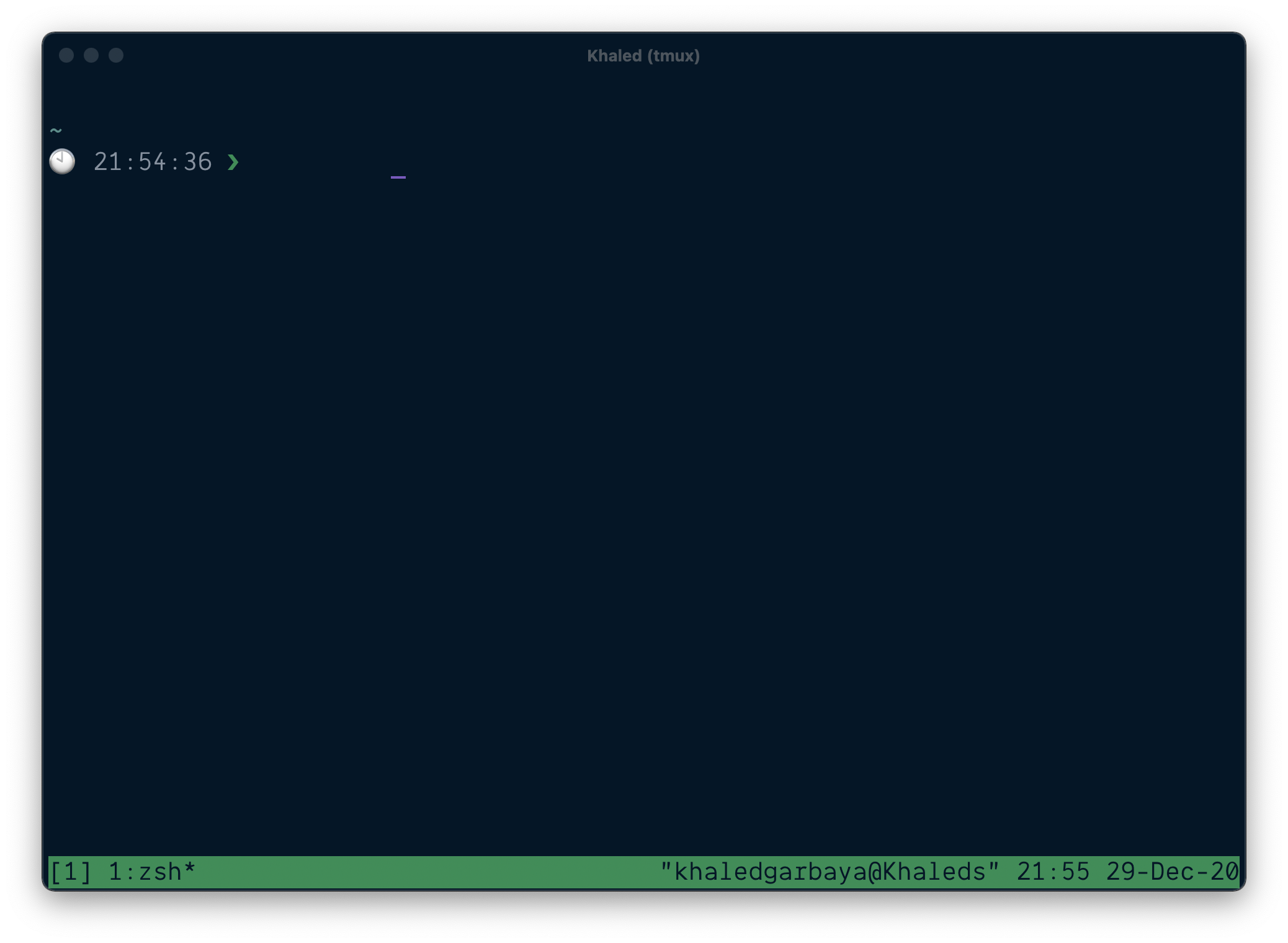 Another setting you might want to change is to set the appearance to minimal.

Even more terminal goodness, let's install zsh oh-my-zsh this will help you take your terminal to the next level with things like history and autocomplete. So no more "what was that command again".

Setting up the Node environment

For Node js, I use a node version manager, nvm. This allows me to install different versions of nodejs and switch between them from the terminal. to install nvm, you can use brew

I use Github to host all my repositories if you follow this tutorial to set up an ssh key.

You might want to install Github hub. Github hub will add some excellent features on top of git, like creating a repository from your terminal and starting a pull request directly from the terminal.

For coding, I use mostly nvim and tmux because I love seeing everything in one window, something like this: 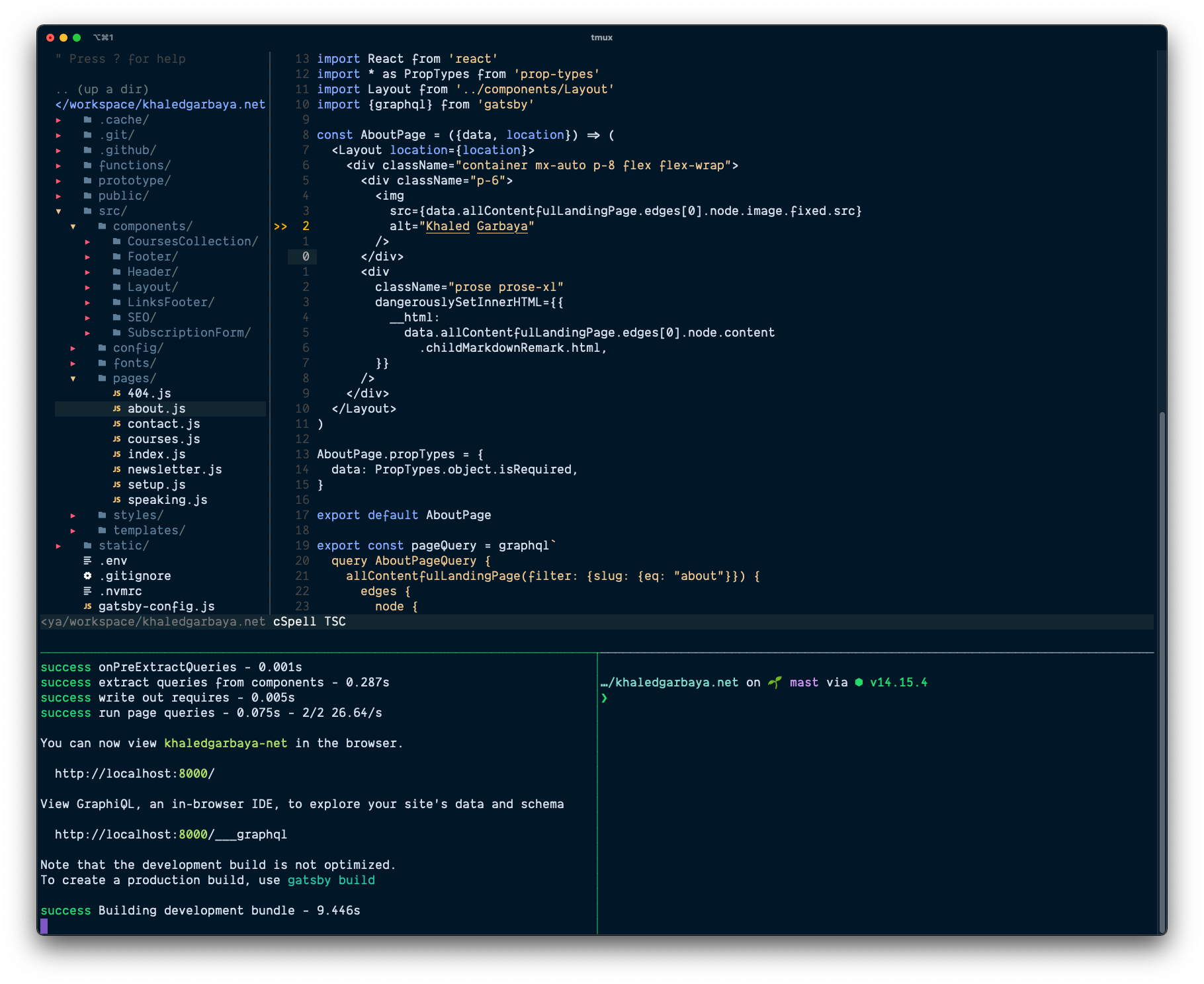 And I know I know vscode has an integrated terminal. With tmux, you can do more like zooming in on panel quickly do a task and zoom back and switch between multiple projects quickly using sessions inside the same terminal window.

You can find all my nvim, tmux and coc configs here there should be enough comments to explain things.

If you have an external monitor that is not supported officially by Apple, you can't control your monitor's brightness, contrast, or volume. Luckily there is a utility that you can install to fix that.

I also use Alfred, a productivity App for mac. You can keepo your Alfred settings in sync between multiple computer using Dropbox, here's how to do it